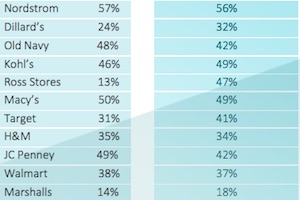 Nordstrom is consumers' favorite fashion retailer for the third year in a row, according to a recent report from Market Force Information.

The report was based on data from an annual poll of consumers in the United States. The 4,300 survey participants were asked to rate their satisfaction with their most recent fashion retailer experience as well as their likelihood to refer that retailer to others. The results were then averaged to into a Composite Loyalty Score. 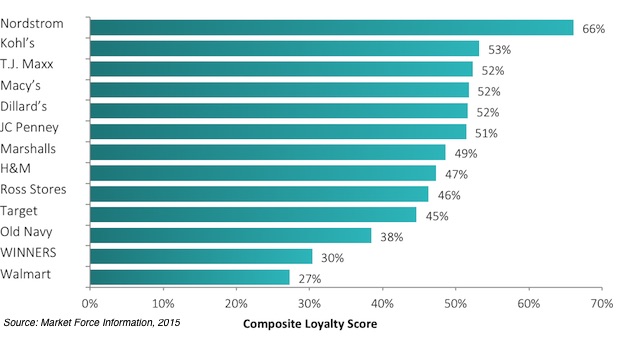 Below, additional key findings from the report.

Nordstrom is also consumers' favorite e-commerce experience: 56% of respondents are satisfied with Nordstrom.com.

Dillard's, Old Navy, Kohl's, and Ross Stores round out the top 5 in consumers' e-commerce satisfaction. 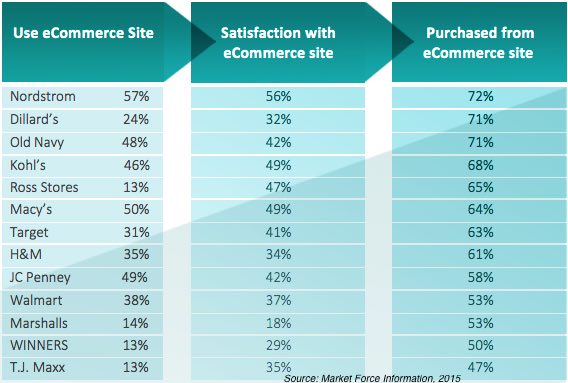 About the research: The report was based on data from a survey of 4,300 consumers in the United States.