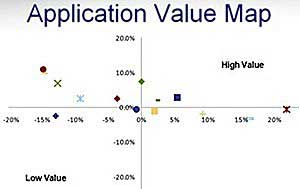 Seven categories of mobile applications are expected to dominate the mobile market over the next four years: email, games, social networking, instant messaging, mapping and directions, music and radio, and weather apps, together will account for an estimated 7 billion downloads worldwide by 2014, according to research from In-Stat.

The wave of new entrants into the mobile apps space has created a hyper-competitive market, putting significant pressure on prices and margins, In-Stat finds. Still, productivity apps, such as mapping, business and enterprise apps, and phone tools and utilities, which together account for 59% of all smartphone apps revenue, will continue to thrive.

Use Patterns by Platform

Though the number of Android apps being downloaded by smartphone users is growing at the fastest rate, Apple apps still dominate both free and paid downloads, according to separate research from In-Stat. For example, Apple users use 8.2 paid apps on average, compared with 1.1 for Android OS users. 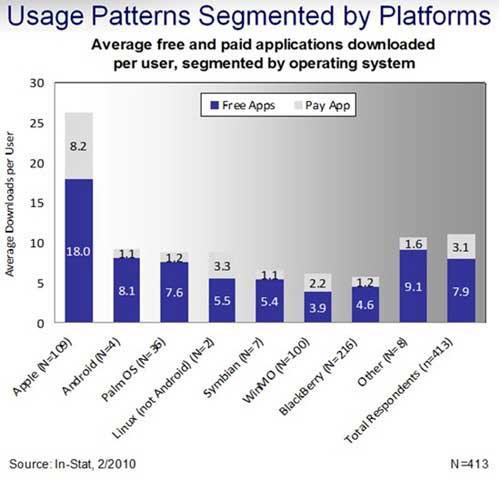 Among surveyed mobile apps users, mapping and directions apps are among the most valued, as are social networking apps: both enjoy high frequency of use and low user churn. The chart below compares how often apps are used with how often they are deleted: 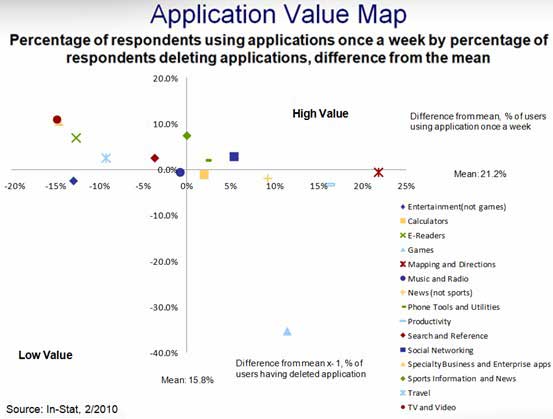 Contemporary mobile platforms, such as Apple and Android, are much easier and less expensive to develop on than their predecessors-driving the cost of apps on those platforms down. On average, Apple apps cost $2.90 each, while Android's cost $2.00. In contrast, BlackBerry RIM apps cost $6.50. 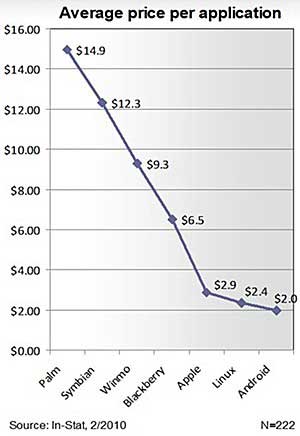 Revenues from mobile content and applications in North America are forecast to reach $10 billion by 2015, up from $4.0 billion in 2009, as mobile users continue to migrate to smartphones, according to separate research from Juniper Research. 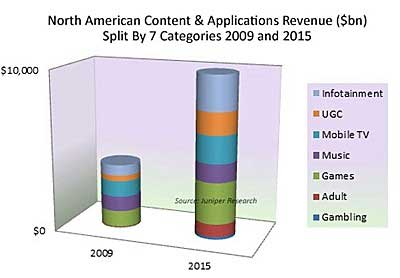 Despite the decline in mobile music-as a result of the collapse of the ringtone market-significant growth in expected in emerging sectors, such as mobile gambling and adult, as well as the more established sectors , such as games, user-generated content, and infotainment.